Handmade in Portugal   |   Free shipping to many countries   |   Customizable

The 2020 Golden Globe Awards Petites was not an exception to showcase the beauty and acting skills of petite women. On January 5th, nine fabulous women below 1.60 meters (5’24”) won an and at least other six made memorable appearances on the red carpet.

Here are some of the women, short in height but high in stature.

She was awarded with “Best Performance by an Actress in a Limited Series” for her performance in “Unbelievable”. This great actress measures 1.57m (5’15”) and was also pointed as one of the best dressed on the red carpet by the media. In Small Shoes by Cristina Correia, we love the daring choice of prints from top to bottom, especially since bigger patterns can be challenging for shorter women. Kaitlyn pulls it off with top marks! 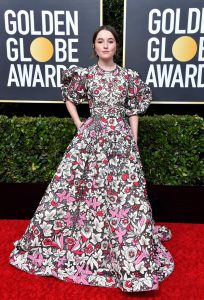 This actress, also known for her beauty, was awarded “Best Performance by an Actress in a Motion Picture, Drama” for her performance in “Marriage Story”. Her height? 1,60m (5’24”). On this occasion, she dazzled her fans with a cherry red dress and a revealing cleavage. 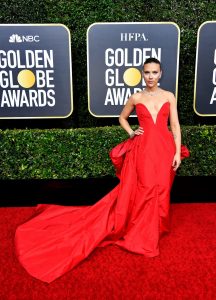 Winner of the “Best Performance by an Actress in a Motion Picture, Drama” for her role in “Harriet”. Cynthia used all her 154cm (5’05”) to capture the eyes with her textured, sparkling white and black dress. We could not fail to mention that her gown took 800 hours to be made and her Bulgari necklace is worth $3 Million. 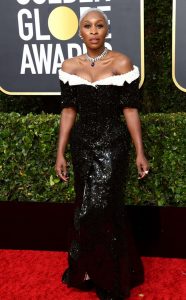 With 1.60m (5’24”) of stature, Natasha did not let a black dress go unnoticed. The sparkling oversized bow definitely caught the eye. Personally, I am not sure if the size of the bow plays on her favor as, proportionally, she may look smaller. Bow or no bow, what do you think?

Natasha won the “Best Performance by an Actress in a Television Series, Musical or Comedy” for her role in “Russian Doll” 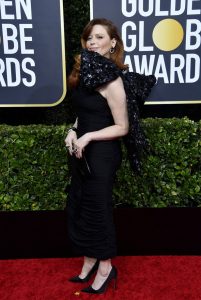 On the 2020 Golden Globes edition, Reese received the “Best Performance by an Actress in a Television Series” for “The Morning Show” drama. 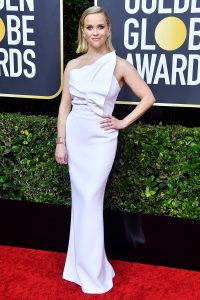 Patricia chose a gold and back dress with a deep V-cut that reveals her prominent cleavage. Another favorite petite (1.56m – 5’11”), who earns the “Best Performance by an Actress in a Supporting Role in a Series, Limited Series or Motion Picture Made for Television” for her role in “The Act” 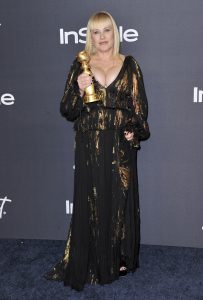 Also known as Awkwafina, is 155cm (5’08”) height and does not lack talent. Musician and actress, has been awarded with “Best Performance by an Actress in a Motion Picture, Musical or Comedy” for “The Farewell”

Her outfit is a true sample of her unique personality and style. The neck ruffles add a whimsical and stylish detail. 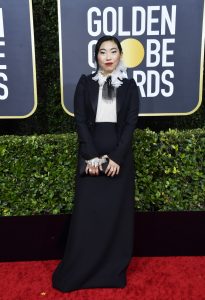 Helena was the winner of the “Best Performance by an Actress in a Supporting Role in a Series, Limited Series or Motion Picture Made for Television” for her participation on “The Crown”.

Although we could not find any photos of her appearance on the red carpet, Helena is an outstanding petite actress (157cm – 5’15”) worth mentioning.

Winner of the “Best Performance by an Actress in a Supporting Role in any Motion Picture” for her performance in “Richard Jewell”, Kathy is 1.60cm (5’24”). Unfortunately, we cannot comment on her outfit since we could not find photos of her presence at the Golden Globes 2020 event. 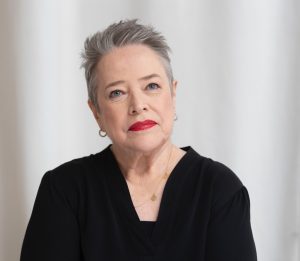 Previous Article Stilettos, the must-have shoe option for petites!
Next Article Advantages of being petite, scientifically proven and not so much

This website uses cookies to improve your experience while you navigate through the website. Out of these, the cookies that are categorized as necessary are stored on your browser as they are essential for the working of basic functionalities of the website. We also use third-party cookies that help us analyze and understand how you use this website. These cookies will be stored in your browser only with your consent. You also have the option to opt-out of these cookies. But opting out of some of these cookies may affect your browsing experience.
Necessary Always Enabled

Any cookies that may not be particularly necessary for the website to function and is used specifically to collect user personal data via analytics, ads, other embedded contents are termed as non-necessary cookies. It is mandatory to procure user consent prior to running these cookies on your website.